From Shakuntala Haraksingh Thilsted to Joel Spicer: FOLLOW these leading names in Food and Nutrition on Twitter 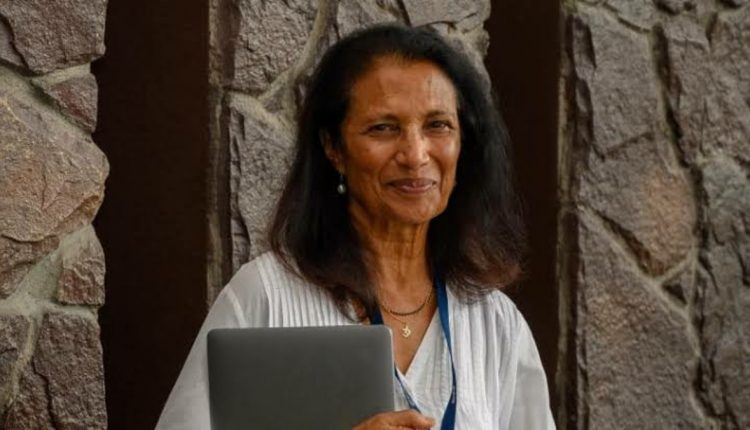 Over the last few years, Twitter has become increasingly popular among youth, policymakers as well as the general public too as it streamlines the process of sharing information.

Today, we have compiled a list of 11 food and nutrition experts you should certainly follow to stay up to date on the latest nutrition research:

Dr. Nabarro is Special Representative of the UN Secretary-General for Food Security and Nutrition. He has over three decades’ experience of public health, nutrition and development work at country, regional and international levels.

Agnes Kalibata is currently the President of The Alliance for a Green Revolution in Africa (AGRA), where she spearheads the organization’s efforts to ensure a food secure and prosperous Africa.

In 2016, Lawrence Haddad became the Executive Director of Global Alliance for Improved Nutrition.

Before this, Lawrence was a Research Fellow at the International Food Policy Research Institute (IFPRI) in the Poverty, Health and Nutrition Division. Between 2004 and 2014, he was the Director of the Institute of Development Studies (IDS).

It is worth noting that Dr. Haddad and Dr. David Nabarro received the 2018 World Food Prize for their leadership in elevating maternal and child undernutrition to a key issue within dialogue at national and international levels.

Since 2002, Tim Lang has been the Professor of Food Policy at City University London’s Centre for Food Policy. He has been active in research, advocacy, and in advising governments and international agencies.

Born in the year 1949 in the Caribbean island of Trinidad in the small village of Reform, Dr Shakuntala Haraksingh Thilsted is a native of Trinidad and Tobago and a citizen of Denmark.

This award is an important recognition of the essential but often overlooked role of #fish and #aquaticfood systems in agricultural research for development. pic.twitter.com/p0mwO83da1

She won the same for her research on small native fish species in the country of Bangladesh that led to the creation of nutrition-sensitive approaches to aquatic food systems.

Presently, Dr Akinwumi A. Adesina is the President of the African Development Bank (AfDB). Earlier, he served as the Minister of Agriculture in Nigeria.

Ms Shekhar has led the repositioning of the nutrition agenda within the World Bank that led to the new global Scaling-up Nutrition (SUN) movement.

Among other publications, she is the
author of the health chapter in the World Bank’s flagship reports:

• eTransform Africa: the Transformational use of Information and Communication Technologies in Africa (2012)

• Repositioning Nutrition as Central to Development (2006)

Joel Spicer is currently the CEO of Nutrition International. He has experience working with several international agencies, including UNICEF, WHO and the World Bank.

Professor Hawkes is Director, Centre for Food Policy at City, University of London

In the past, Hawkes has worked at the World Health Organization (WHO), the International Food Policy Research Institute (IFPRI), the University of Sao Paulo and World Cancer Research Fund International.

Paul Newnham is the director of SDG2 Advocacy Hub – an initiative that works tirelessly to achieve Sustainable Development Goal (SDG) 2 i.e. to end hunger and achieve food security by 2030.

Akash is a profound believer in the power of telling stories that bring about positive change. His passion is in many arenas, including SDGs, agriculture, nutrition, public health and food policy. He also covers innovations and cutting-edge technologies being adopted by agtechs and anything else he finds interesting.

Age of Automation | How robots are reshaping the agriculture sector

12 Global Food and Nutrition leaders to follow on social media

“Is this how it is doomed to end?” Top quotes from COP26 climate change summit

How to start beekeeping, and the major phases of a colony