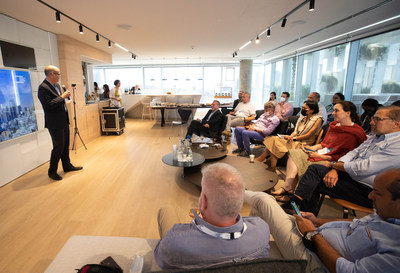 The delegation that included ambassadors to the United States and the United Nations from Kenya, Hungary, Argentina, the Czech Republic, Bhutan, the Dominican Republic, Ukraine, Tonga, Guatemala, and Australia — as well as their spouses — were part of a week-long tour hosted by Israel’s Ambassador to the UN and the US Gilad Erdan and sponsored by the American Zionist Movement, B’nai B’rith and International March of the Living.

During their visit to Start-Up Nation Central, the diplomats received an in-depth review of the Israeli technological innovation ecosystem by Start-Up Nation Central’s Executive Director Wendy Singer. They also received an explanation about the organization’s flagship Finder Innovation Business Platform that helps connect international investors, multinational corporations, and governments to Israeli companies and innovation hubs. The envoys also took part in a live video conference with Dan Senor, the co-author of the bestselling book Start-Up Nation and a member of Start-Up Nation Central’s board of directors. They concluded their visit with a tour of the Asif Israel Culinary Institute and a lecture by Israeli serial entrepreneur and business executive Inbal Arieli, the author of the 2019 hit book Chutzpah: Why Israel Is a Hub of Innovation and Entrepreneurship.

Israel’s Ambassador to the United Nations and Washington Gilad Erdan: “After accompanying the delegation on their tour of Israel and having exposed them to the Jewish people’s ancient roots in the country and the security threats it faces on the northern and southern borders, there was no better place to continue their journey than at Start-Up Nation Central’s headquarters in Tel Aviv, to offer them a glimpse into the future. The Israeli innovation ecosystem is among the strongest in the world and Israeli-made technology will help improve the lives of billions of people all over the globe, including those whose representatives took part in the visit and came out of it with a deeper appreciation for the Startup Nation. I want to thank Start-Up Nation Central for welcoming us and I am confident it will open the doors to new collaboration opportunities going forward.”

Start-Up Nation Central’s VP of Strategic Partnerships Eliran Elimelech: “It was our privilege to welcome the diplomatic delegation to our headquarters and expose them to our work and the innovation vision that drives it. I believe we were able to plant the seeds for future cooperation by meeting with such important decision-makers who are now taking the vision of Startup Nation with them back to their respective governments and business communities.” 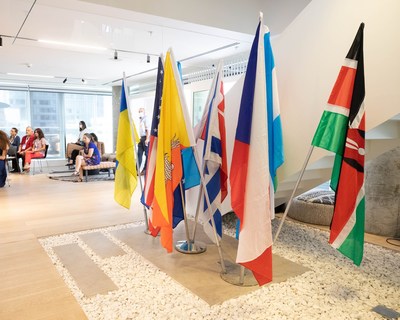