OECD FAO Agricultural Outlook 2021-2030: Here are the major highlights of the report 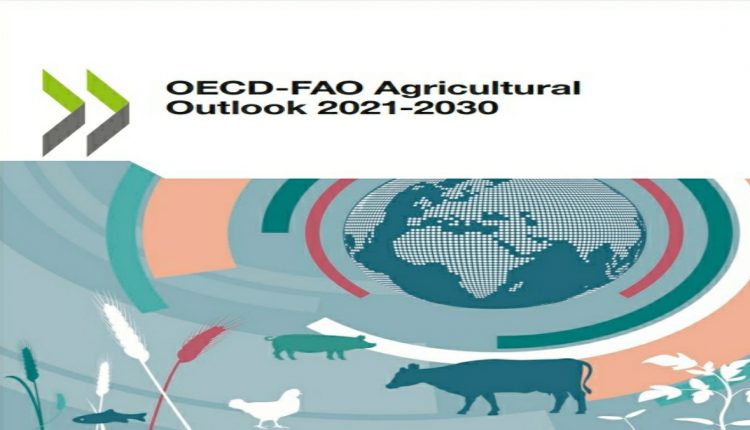 According to a new report released by the FAO and OECD, governments need to accelerate their efforts in order to meet global food security and environmental targets within 10 years until the 2030 deadline for achieving SDGs.

• The challenges of eradicating hunger will differ among countries. According to the report, average global food availability per person is projected to grow by 4% over the next decade.

• The report suggests that the biofuel sector would expand at a much slower pace than over the past two decades. It further adds that biofuel production may use a falling share of the main feedstock commodities, except for sugarcane.

• The report states that future demand for food is directly influenced by several factors, including population, income growth-cum-distribution, demographic changes, and food prices.

• The publication assumes that food demand will be additionally shaped by socio-cultural and lifestyle-driven changes in consumption patterns, including continuing urbanization and rising female participation in the workforce, plus rising consumer awareness.

• By 2030, over 33% of the agricultural production of Latin America and the Caribbean is likely to be exported. Given growing regional imbalances, using trade restrictive policies could have adverse effects on global food security, nutrition and farm livelihoods.

Akash is a profound believer in the power of telling stories that bring about positive change. His passion is in many arenas, including SDGs, agriculture, nutrition, public health and food policy. He also covers innovations and cutting-edge technologies being adopted by agtechs and anything else he finds interesting.

Global Framework for Managing Nature Through 2030: Here’s all about CBD’s…