OXNARD, Calif., June 18, 2022 /PRNewswire/ — In news from the “I didn’t see that coming” genre, comes the report that a vodka made in California has been named the World’s Best.  Hailing from the sleepy, seaside town of Oxnard, the top award in the varietal category was awarded to Silvergrin Vodka, beating out the top vodkas from 18 other countries.  It is the first time that the World Vodka Awards highest honor has been won by a California brand. 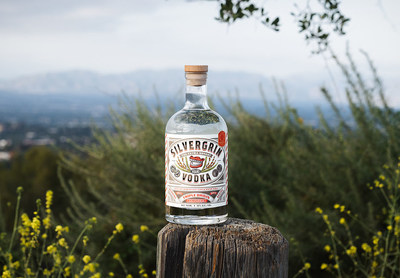 Drawing on the history of vodka as a spirit with deep agricultural roots, Silvergrin is made with a triple-origin mash bill of farm grown Alturas potatoes, organic corn and Dark Red winter wheat.  The vodka features a recipe developed by three-time James Beard nominated bartender, Josh Goldman and PhD biochemist, David Brandt.

“We set out to destroy the myth that vodka had to be odorless, flavorless and without distinct character,” says co-creator Goldman.  “I don’t need something so dull in my cocktails.  It’s like cooking with water versus cooking with stock.  Vodka done right tastes good and adds much more to the cocktail than just alcohol.”

The win for Silvergrin comes fresh on the heels of the United States’ recent change to the legal definition of vodka.  In 2020, the Alcohol and Tobacco, Tax and Trade Bureau (TTB) revised their requirement that vodka needed to be “without distinctive character, aroma, taste, or color.”  Writing about the decision in April, 2020, the TTB explained: “Based on its review of the comments, TTB agrees that the requirement that vodka be without distinctive character, aroma, taste, or color no longer reflects consumer expectations and should be eliminated.”  Silvergrin’s launch in the summer of 2020 makes it among the first class of American vodkas introduced after the revision.

“America is home to some of the finest agricultural soil in the world,” says Sespe Creek Distillery owner, Alfred English.  “And especially on some smaller, family farms, the quality of grains and vegetables is truly extraordinary.  If you’re making a spirit from such delicious crops, why would you want to strip all of that flavor and character out? We thought you could make a much better vodka by honoring the base ingredients instead of hiding them.”

Silvergrin is available at select retailers in California, and begins distribution in Texas later this year. 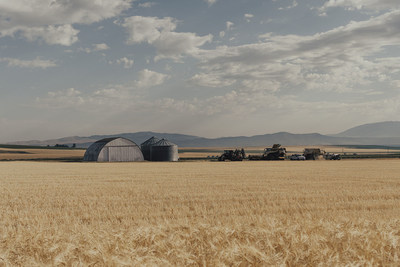 Lii Buflo: A Métis Way of Life travelling exhibit showcases Métis culture through stories of their relationship with bison