ATLANTA, March 2, 2022 /PRNewswire/ — Mark your calendars, Vidalia® onion lovers, because America’s favorite sweet onion is set to ship this next month. The Georgia Department of Agriculture and the Vidalia Onion Committee announced April 12th as the official pack date for the 2022 Vidalia onion season. 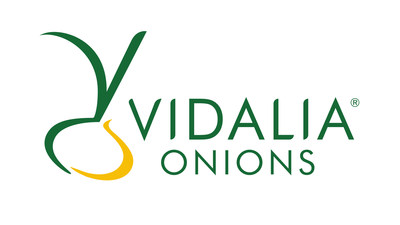 “Each year, I along with the Vidalia Onion Committee, look forward to sharing when Vidalia onions will be on their way to stores, so I’m pleased to announce April 12th as the official pack date this season,” said Georgia Agriculture Commissioner Gary W. Black. “Cultivated for more than 80 years, Vidalia onions mean a great deal to the state of Georgia, earning a renowned reputation for their sweet distinct flavor and versatility beloved by chefs and home cooks alike.”

Only available for a limited time each year, Vidalia onions hitting grocery store shelves often signals spring has sprung for fans near and far from the onions’ home state of Georgia. The pack date is determined by growing season soil and weather conditions to ensure the highest quality Vidalia onions. The Vidalia Onion Advisory Panel unanimously voted April 12th as the 2022 pack date.

The pack date rings in the start of the Vidalia onion season, where shoppers can get their hands on the famous seasonal treat between April to August. Known for their sweet, mild flavor, these onions compliment any dish – from soups to salads and even desserts.

“In the 2022 season, approximately 10,000 acres of Vidalia onions were planted by 60 registered farmers across 20 southeastern Georgia counties,” said VOC Chairman Cliff Riner. “Representing about 40% of the sweet onion market across America, Vidalia onions are sold in all 50 states and most of Canada.”

Originally discovered by accident in the 1930s during the Great Depression, Vidalia onions have grown to be considered as a favorite across America. The Vidalia Onion Act of 1986 granted the trademark of the name “Vidalia onions” and defined the growing region in South Georgia. Vidalia onions are grown from a distinctive Granex seed, then packed and sold on or after the official pack date annually.

About the Vidalia® Onion Committee
Because Vidalia® onions are sweetly unique, farmers united to seek legal protection for their crop and its name. Federal Marketing Order No. 955 was established in 1989, to stipulate where the crop can be grown and help with research and promotion of Vidalia onions. The Vidalia Onion Committee administers FMO No. 955 and authorizes production research, marketing research and development and marketing promotion programs. This federal program along with Georgia state laws that protect the Vidalia trademark have provided a legal framework for the industry. So, you can try to grow a sweet onion elsewhere, but you cannot call it a “Vidalia,” unless it is from Georgia! For more information, visit VidaliaOnion.org.

About the GDA
The Georgia Department of Agriculture (GDA) is the voice of the state’s agriculture community. The department’s mission is to provide excellence in services and regulatory functions, to protect and promote agriculture and consumer interests, and to ensure an abundance of safe food and fiber for Georgia, America, and the world by using state-of-the-art technology and a professional workforce. For more information, visit www.agr.georgia.gov.