The Ministry of Agriculture, Food and Rural Affairs announced that exports of agricultural and fishery products such as ginseng exceeded $10 billion.

SEOUL, South Korea, Dec. 13, 2021 /PRNewswire/ — The Ministry of Agriculture, Food and Rural Affairs of Korea announced that agricultural and fishery product exportation exceeded $10 billion for the first time in history as of November 25th. This accomplishment was especially notable as the top export products include agricultural and fishery products that directly benefit farmers and fishermen, as well as traditional foods such as ginseng and kimchi. 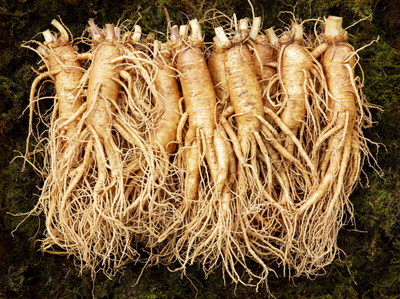 Staff from the Korea Ginseng Association said, “Ginseng, a traditional Korean food, recorded $170 million out of $10 billion in agricultural and fishery food export. The medicinal culture and cultivation of ginseng have been designated as national intangible treasures, and the Ministry of Food and Drug Safety also recognized ginseng as the functional ingredient for improving liver health. We expect this news will further increase the recognition of Korean ginseng and Korea as the homeland of ginseng”.

The exports of the products have first started in full-scale in the 1990s; since then the exported products aided in the spreading of Korean food and food culture to the world. The globalization campaign of Korean food in 2008 and policies to promote new market development in 2017 have resulted in a steady growth of agricultural and fishery food exportation to 200 countries around the world.

This year, despite the global logistics crisis, the growth continued, recording the highest growth rate in the past 10 years (16.1%↑ compared to the same period last year).

In particular, Korean ginseng is recognized as the representative crop of Korea, known for its traditional medicinal and health value worldwide. This is due to Korea’s optimal climate and soil for ginseng cultivation, as well as the world’s best ginseng cultivation and processing technology.

Meanwhile, the Korea Ginseng Association is a corporation under the jurisdiction of the Ministry of Agriculture, Food, and Rural Affairs of the Republic of Korea. Its purpose is to promote the healthy development of the ginseng industry, to increase the income of those involved in the ginseng industry, and to globalize Korean ginseng. You can find detailed information about Korean ginseng from its website. (http://korean-ginseng.org/en2/)

Boards Are Committed to Addressing Climate Change, but Knowledge and Experience Gaps in the Boardroom May Impact Ability to Drive Future Change according to New Report from Heidrick & Struggles and INSEAD