PERTH, Australia, July 27, 2021 /PRNewswire/ — Strategic Elements Ltd (ASX:SOR) is pleased to announce that subsidiary Stealth Technologies has achieved several key development milestones with its sophisticated weed detection technology. The spread of weeds is still a significant issue for crop yields globally, where production losses are estimated in the tens of billions and weeds are becoming increasingly herbicide resistant. 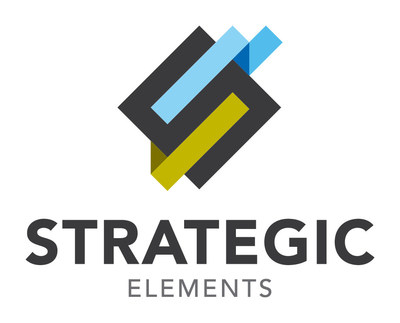 Previous work with collaborators the Australian Herbicide Resistance Initiative and the University of Western Australia School of Agriculture and Environment assisted the Company to achieve early stage validation. A recent video published by television station GWN7 covers some of the previous material released by the Company https://www.gwn7.com.au/news/7466717-weeds-in-spotlight.

Further testing and optimisation of the hardware and software upgrades will be conducted during August at two separate farms sites in Western Australia.

One of these is the UWA farm research facility in Pingelly (approx. 2hrs south east of Perth) targeting one paddock of wheat. The other is in Gillingarra (approx. 2hrs north of Perth, halfway between Gingin and Moora) – targeting  two separate paddocks, one with wheat and another with a different type of crop such as barley.

Results of the testing will be available during September. A successful outcome will lead to aspects of the upgraded technology being included into an expanded trial to be conducted in November 2021. This program will see up to 10 farms utilise the Stealth technology solution during the harvesting season.

Available advanced weed detection technologies typically use RGB cameras and different forms of imaging that distinguish weeds and crops via colour. This has serious limitations in broadacre cropping where weeds are often the same colour as crops. The Company is taking a different approach by leveraging the sophisticated sensor, mapping and localisation technology already built and used in its Autonomous Security Vehicle collaboration with US Fortune 100 Company ‘Honeywell’.

The need for excessive use of chemicals and production loss costs are significant issues for the global agricultural industry. The estimated cost of weeds in Australian cropping systems alone is at AUD$3.3 billion annually. Total annual cost of weeds in the United States are estimated at $US34.5 billion.

The value proposition for Stealth is to deploy this technology to farms around the world where large-scale crop farming exists. This include not just crops such as wheat and barley but could be extended to corn, canola, and other large-scale crop types. The usage of this technology together with agronomic techniques that can leverage weed location knowledge could dramatically decrease herbicide input costs to farming whilst maximising crop yields making farming more efficient and profitable for farmers, while at the same time being more environmentally friendly.

Milestones and Schedule of Work for the Agriculture Technology

Stealth Technologies’ has been collaborating with global Fortune 100 software-industrial company ‘Honeywell’ to build autonomous security vehicles for the correctional sector. Stealth Technologies developed the first ‘Autonomous Security Vehicle’ of its kind anywhere in the world. The parties are actively seeking to finalise a new agreement to commercialise the Autonomous Security Vehicle.

Executive Director Elliot Nicholls said “the Stealth team has been working incredibly hard to advance the AxV Platform. We are in active discussions with multiple Companies on potential deployments of the AxV Platform (automation technologies and robotics) across security, defence, agriculture, mining and other sectors. We look forward to updating shareholders on these activities where appropriate”.

The Australian Federal Government has registered Strategic Elements as a Pooled Development Fund with a mandate to back Australian innovation. Strategic Elements operates as a ‘venture builder’ where it generates high risk-high reward ventures and projects from combining teams of leading scientists or innovators. The Company has 100% owned subsidiary companies developing:

Most investors in SOR pay no tax on capital gains from selling their SOR shares as the Company operates under a Federal Government program setup to encourage investment into innovation. The Company is listed on the ASX under the code “SOR”. More information on the Pooled Development Program should be read on the Company’s website www.strategicelements.com.au.

This announcement was authorised for release by Strategic Elements’ Board of Directors.

Farmland® Donates $5,000 to Nebraska FFA Association and More Than 160,000 Servings of Protein to Local Omaha Food Bank as Part of its Honoring the Heartland Tour