– Started construction of a 25,000-ton lithium plant based at Salar del Hombre Muerto… Completion by 2024

SEOUL, South Korea, March 23, 2022 /PRNewswire/ — POSCO Holdings started construction of a plant to commercialize brine lithium in Argentina. The POSCO Group is Argentina’s first to produce lithium hydroxide for batteries through the entire process, from acquisition of mining rights to exploration to construction and operation of a production plant. 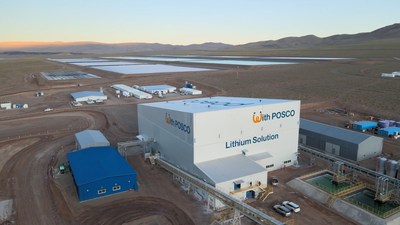 CEO Choi’s participation in the groundbreaking ceremony is the first step globally since the inauguration of POSCO Group holding company on the 2nd and the first on-site visit to the lithium facility, one of the group’s 7 core businesses.

The brine lithium plant is expected to be completed in the first half of 2024 with an annual production capacity of 25,000 tons of lithium hydroxide. The total investment is about 839 million dollars (about 1 trillion KRW), including infrastructure investment and working capital. The construction and operation of the lithium plant and financing will be carried out by POSCO Argentina, a wholly-owned subsidiary of POSCO Holdings.

The 25,000 tons of lithium hydroxide that POSCO Group will produce annually with the start of operations are sufficient to supply about 600,000 electric vehicles. When production is expanded to a maximum of 100,000 tons, this volume can fulfill demand for about 2.4 million electric vehicles.

The POSCO Group preemptively took over Argentine salt lakes in 2018 in response to the prospect of a global lithium supply shortage due to the full-fledged electric vehicle era. Montgomery & Associates, a global brine lithium consulting company, confirmed at the end of 2020, that the lithium reserves, based on lithium carbonate in the salt lake, are 13.5 million tons, which is six times the 2.2 million tons estimated at the time of the acquisition.

Considering the mining possibility and yield, it is expected that at least 2.8 million tons of lithium carbonate will be produced. Because the lithium concentration in this salt lake recorded an average of 921 mg/L, indicating that it has the highest lithium content among all of Argentina’s salt lakes, and coupled with the lake’s low concentration of impurities like magnesium, it is projected to have the world’s highest yield.

In addition, by applying POSCO Group’s independently developed lithium extraction technology, the company has secured global competitiveness in terms of productivity by dramatically shortening production time and improving yield. The currently skyrocketing price of lithium has reached five times the price when the lake was acquired (market price of $70,000 per ton of lithium). Considering the normal operating profit margin of 50% in the lithium mining industry, the lake is forecast to produce ten trillion won in accumulated operating profit.

POSCO Group plans to become one of the top 3 global companies in lithium production by 2030 based on the brine, hard rock, and recycling of waste batteries at the group level including POSCO Argentina, POSCO Lithium Solution, and POSCO HY Clean Metal, centered on the parent company, POSCO Holdings. On the 14th, POSCO JK Solid Solution, a joint venture with Jeong Kwan Co., Ltd., began using its solid electrolyte production technology on the first solid electrolyte production line. The process uses lithium in expanding the battery material business to the next generation of solid state batteries.

On the 21st, CEO Jung-woo Choi met with President Alberto Ángel Fernández, Minister of Industry of Argentina in the Federal Government Matias Kulfas, and Deputy Minister of Mining Fernanda Avila at the Presidential Palace in Buenos Aires where they discussed cooperation between the POSCO Group and the government of Argentina in the battery material business. The POSCO Group and Argentine government signed an MOU for enhanced business cooperation in the projected lithium plant expansion and etc.

Also on this day, CEO Jeong-woo Choi requested cooperation in the hydrogen and food sectors as well as the battery material business, and President Fernandez promised active cooperation. In addition, CEO Choi asked for support from the Argentine government for Busan hosting the 2030 Expo from the perspective of NGO diplomacy. 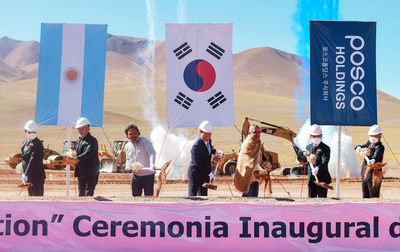 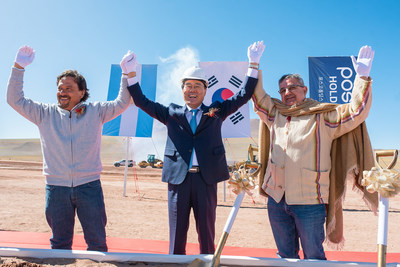