The gripping film takes a comprehensive look into our current condition as a people; uncovering many issues that are affecting our natural world and the animals who inhabit it, revealing the vital connection between humans, animals, and the growing plant-based movement.

Why On Earth features exclusive interviews with well-known leaders in the world of entertainment, sports, animal advocacy, and conservation including fellow filmmaker Clint Eastwood, who shares his love of animals in the film, stating “I appreciate the beauty of them, dogs, cats, snakes, lizards, I just like to see everything live; I like living things.” The film also features interviews with notable names including Maggie Q, Kristin Bauer, John Salley, Shannon Elizabeth, Leilani Munter, and Dan Richardson.

Shot on a RED camera by Director of Photography, Hunter Nolan, Why On Earth was filmed in five countries including South Africa, Kenya, Indonesia, Mexico, and the United States. Rarely before seen footage highlights the people on the ground fighting to protect critical species including endangered orangutans due to rapid deforestation in Borneo and Sumatra for palm oil extraction, the depletion of the shark population in South Africa due to the illegal shark fin trade, and the poaching of nearly extinct African elephants, rhinos, and lions for their parts to be sold on the black market.

“We’re thrilled that ‘Why On Earth’ will be available to audiences throughout the United States and Canada in order to raise awareness and create positive change to mainstream this movement in order to save our planet’s most critical species,” notes Cleary, who is also the Founder and President of the animal welfare organization, Peace 4 Animals, and its popular animal news network, World Animal News. “There are simple things that we as humans can and must do to prevent the devastation of our rainforests and to enact stricter penalties for poachers who kill endangered and threatened species.”

Cleary’s previous award-winning documentary, Give Me Shelter, premiered on Netflix in 2015. 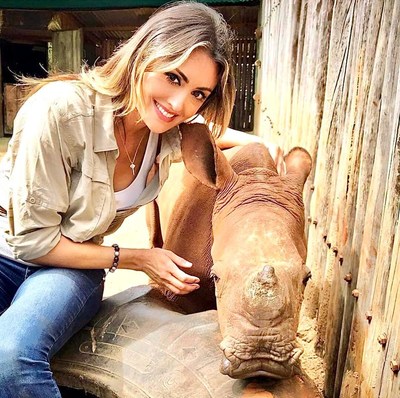 GridPoint Named to the 2022 Inc. 5000 List of Fastest Growing Companies in America