SAN DIEGO, Nov. 15, 2021 /PRNewswire/ — As the California Air Resources Board (CARB) is set to consider unprecedented harbor craft engine emission regulations that stand to remove 174 sportfishing and whale watching boats from the sea, the Sportfishing Association of California (SAC) has released economic analysis that undermines CARB’s contention that it is economically feasible for boat owners to replace their vessels. The analysis also reveals unintended consequences for the state’s economy, fishery and conservation programs and significant declines in fishing participation rates. Hardest hit would be low-income communities. 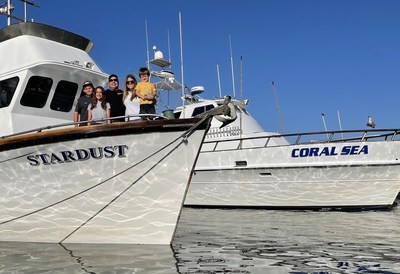 “CARB failed to obtain actual data to properly assess the crushing impact of their proposed regulations,” said Frank Ursitti, owner of H&M Landing of San Diego. “Nowhere in the country has a state proposed regulations that will have the practical effect of destroying offshore fishing and whale watching businesses, and threatening the coastal communities that depend on them for tourism and visitor spending. This uniquely California experience will come to an end if CARB’s plan is not rejected.”

On Friday, November 19th, the CARB board will consider harbor craft engine regulations that would result in commercial passenger vessels being removed from service due to proposed engines and technology that are structural infeasible for existing engine rooms. These commercial passenger boats are commonly associated with sportfishing, whale watching, eco-tourism and scuba diving. According to CARB, vessels constructed of wood and fiberglass (more than 80%) will likely need to be replaced. Metal boats that can comply will have to reduce passenger loads by up to 40% to address stability and safety issues.

“It became evident early on that CARB does not understand marine operations and fishing practices, and they were low-balling regulatory costs and inflating benefits. The true cost for new vessels is staggering and would require us to triple ticket prices for day trips. No customer is going to pay that to fish or observe marine life and it would end our non-profit programs for at-risk youth and veterans,” said Ursitti.

The analysis released by SAC today reveals that CARB’s economic (SRIA) assessment grossly understates their conclusion that the proposed regulations could lead to (just) “some business elimination.” The new analysis reveals that the proposed regulations pose considerable economic barriers for boat owners who can’t afford new vessels costing millions more than projected by CARB and to acquire financing, and for those who could, maintaining current passenger loads while increasing prices 97% or 201% is impossible.

These conclusions led Rob Southwick, an expert in market research, statistics and economics, specializing in sportfishing and outdoor recreation markets, to conclude, “Any assumption that costs can be fully or even partially passed along to customers without decreasing participation is simply wrong. If boat operators were in a position to charge higher prices, just like any business, they already would have. Without a doubt, price increases will harm CPF vessel operators and likewise the local communities that depend on them.”

Given that CARB did not obtain actual bids on vessel replacement and has refused to be transparent in providing usable and accessible data, SAC commissioned its own analysis with the assistance of a shipbuilder, a Certified Public Account (CPA) and Southwick and Associates.

“Boat owners have been using state grant programs to install lower emission engines for years and this measured approach has demonstrated real results,” said Jaime Diamond, owner of Stardust and Coral Sea Sportfishing in Santa Barbara. “Rather than continuing this course, CARB wants us to pull our boats from the sea and spend millions of dollars on new boats with engine equipment that have not been certified as safe by the U.S. Coast Guard. By asking for the impossible, millions of Californians will be denied access to the sea as boats go out of business.”

On September 21, 2021, CARB released its Proposed Amendments to the Commercial Harbor Craft Regulation. the CARB Board, appointed largely by Governor Gavin Newsom, will hold a virtual hearing November 19, 2021.

CARB’s engine regulations have invited bipartisan opposition from State Legislators and a coalition of over 60 local, state and national organizations representing small business, tourism, marina/harbors, local agencies, retail, non-profits, boating and sportfishing. In addition, over 20,000 anglers signed a petition pleading with Governor Newsom to Save Our Boats.

Interviews can be arranged with boat owners from most ports and marinas. To view the coalition, www.savefishing.com/coalition.