TORONTO, July 15, 2022 /CNW/ – Ontario Power Generation (OPG) issued a $300 million nuclear green bond, a first-of-its-kind for the company. Net proceeds from this issuance will be used to finance Darlington Refurbishment, one of Canada’s largest clean energy projects. Once complete, this $12.8 billion project will enable production of clean, safe, low cost and emission free electricity from Darlington for an additional 30-plus years.  Execution of Darlington Refurbishment recently passed the half-way point, on time and on budget. 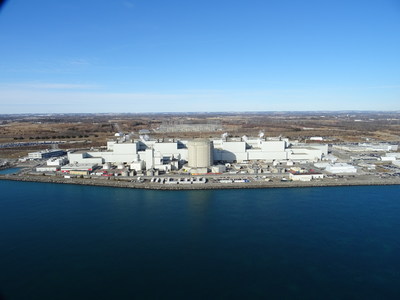 Earlier this week, OPG released an update to its green bond framework that now includes eligible nuclear projects in recognition of the critical role the technology plays in fighting climate change and in achieving OPG’s own ambitious climate change goals.

As the first Canadian utility issuer of green bonds, OPG is continuing its leadership in nuclear generation and nuclear technologies by updating its green bond framework to support the eligible nuclear projects. OPG believes that nuclear generation is a critical element on the path to net zero and is working with partners along the way to achieve net zero economy by 2050.

This issuance brings OPG’s green bond program to a total of $2.8 billion including subsidiaries. The bonds were offered as part of OPG’s medium term notes series in each of the provinces of Canada, through a syndicate of agents co-led by BMO Capital Markets and CIBC World Markets as Lead Agents and Joint Bookrunners. It was well received by the market despite recent historical Bank of Canada rate hike of 100 basis points and was oversubscribed 5.8 times.

“Our nuclear green bond offering is a first for OPG and builds on our past issuance of green bonds to finance renewable and clean power projects that produce electricity virtually free of carbon emissions,” said Aida Cipolla, CFO and Senior Vice President, Finance. “Nuclear power generation provides the foundation to enable us to eliminate carbon from the electricity grid. This issuance, supporting Darlington Refurbishment, helps secure the kind of low-cost, carbon-free power Ontarians need for decades to come.”

As a global climate change leader and the largest, most diverse electricity generator in the province, OPG and its family of companies are helping lead the charge to a post-carbon economy.