IQALUIT, NU, Oct. 21, 2021 /CNW/ – The Nunavut Planning Commission (NPC) has responded to concerns raised by Inuit organizations about access to documents by rescheduling public hearings on the 2021 Draft Nunavut Land Use Plan until early 2022. 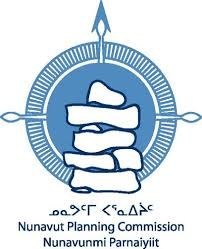 The decision to reschedule the hearings was made after Nunavut Tunngavik Incorporated (NTI) and the three Regional Inuit Associations (RIAs) informed the NPC that they needed “sufficient time to review the DNLUP 2021” and have all relevant documents and maps made available in Inuktitut as well as paper copies of the materials available at the community level.

“We listened to NTI, and the Inuit organizations and we responded,” said Commission Chair Andrew Nakashuk. “We want to ensure the final plan reflects their views and puts Nunavut on a path for future sustainable economic development while protecting our culture, wildlife, and environment.”

The public hearings have been rescheduled to the following dates and locations:

By rescheduling the hearings, the Commission is sending a strong message that it takes seriously its responsibility to comply with all aspects of the Nunavut Agreement and respect the language, tradition of Inuit oral communication and other rights of Nunavummiut. In addition, it may allow for greater participation from the community of Coral Harbour in the Kivalliq Region which has been under travel restrictions because of a COVID 19 outbreak.

More than 100 participants have registered to take part in public hearings as the NPC continues the journey toward a final Land Use Plan for the territory. Once finalized, the Plan will encompass one-fifth of Canada’s land mass, representing 2.1 million square kilometres of land and water.

“We understand how important this is for Nunavut and we want to hear from as many people and organizations as possible,” said NPC Executive Director Sharon Ehaloak. “We look forward to seeing their submissions at the public hearings as we move towards a final Plan that strikes the right balance for the territory.”