TORONTO, Sept. 16, 2021 /CNW/ – Renowned soprano Measha Brueggergosman Lee will perform her original song, More from You, for the World News Day: The Climate Crisis virtual event on September 28 to help highlight the vital role journalism plays in providing the public with facts about the climate emergency. 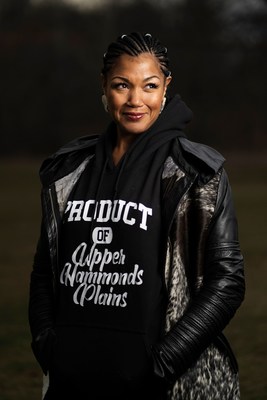 World News Day celebrates the power of journalism to effect change and is presented by The Canadian Journalism Foundation (CJF) and the World Editors Forum (WEF), the network for editors within the World Association of News Publishers.

World News Day 2021 will serve as an important means of driving public conversation about the climate emergency and its impact, and draw attention to the importance of global fact-based journalism in reporting on this critical issue. The flagship virtual event will showcase journalism from around the world, highlighting regional climate change issues, activism and solutions.

“Measha Brueggergosman is an internationally acclaimed, award-winning Canadian operatic and concert soprano, a cultural historian and a civil rights activist,” says Bob Ezrin, the legendary music producer who serves as executive producer of World News Day and chair of the 2021 CJF Award for Climate Solutions Reporting.

“Her multicultural roots are as deep and wide as the country itself, making her an important voice for the rights of North Americans of Aboriginal and African descent. For World News Day, she has created an exquisite piece of music that is a powerful commentary on the demands we make of our environment. We are honoured to have her as part of our program.”

Brueggergosman Lee’s career includes a broad array of performance platforms and musical genres. She began her career predominantly committed to the art of the song recital and has presented innovative programs around the world, including at Carnegie Hall in New York, Washington’s Kennedy Center and London’s Wigmore Hall. As part of her ongoing relationship with Opera Atelier in Toronto, she will be the featured artist in their October online production of the pasticcio opera Something Rich and Strange.

Registration for the 90-minute virtual event is free, open to a global audience and available in all time zones on Sept. 28.

In addition to the virtual event, World News Day 2021 is also a worldwide initiative of more than 300 newsrooms that aims to highlight the importance of reliable, fact-based information in a healthy democracy.

Visit www.worldnewsday.org to find out more about the global campaign and to sign up to watch the virtual show.

CISION is the exclusive distribution partner of the CJF.

About The Canadian Journalism Foundation
Established in 1990, The Canadian Journalism Foundation promotes, celebrates, and facilitates excellence in journalism.  The foundation runs a prestigious annual awards and fellowships program featuring an industry gala where news leaders, journalists and corporate Canada gather to celebrate outstanding journalistic achievement and the value of professional journalism. Through monthly J-Talks, a public speakers’ series, the CJF facilitates dialogue among journalists, business people, academics and students about the role of the media in Canadian society and its ongoing challenges in the digital era. The foundation also fosters opportunities for journalism education, training and research.

About the World Editors Forum
The World Editors Forum is the leading global network for editors of news organizations within WAN-IFRA. It is built on a commitment to defend press freedom and promote editorial excellence. It was established more than two decades ago and focuses on building the capacity of newsrooms through training, innovative practices, conferences and sharing of experiences.

Exclusive | It’s time to invest in food production and take care of our planet: Paul…