LOS ANGELES, Oct. 22, 2021 /PRNewswire/ — Mayor Eric Garcetti appeared with Optimum Seismic, Inc. Co-Founder Ali Sahabi this week to speak about the importance of earthquake preparedness and highlight progress towards increased seismic resilience in Los Angeles.  The event was held in conjunction with the Great California ShakeOut. 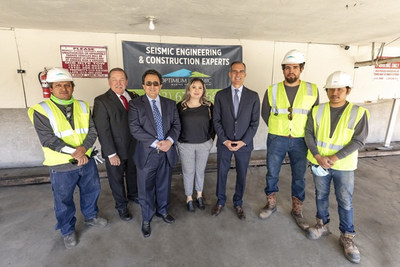 “As Californians, it’s critical that we know what to do and take steps to be prepared before, not after, an earthquake strikes,” said Mayor Garcetti. “Here in Los Angeles, we’ve made resilience a priority, retrofitting our most vulnerable buildings to protect Angelenos’ lives and property.”

“I want to thank an amazing team that has done this day in and day out,” said Mayor Garcetti as he thanked Optimum Seismic’s Sahabi, who he called a friend and great builder, for helping to do this earthquake retrofit work in Los Angeles.

“You can’t count the living, you can only count those that are lost,” added Mayor Garcetti.  “Today, we know that this work will result in people who will still be here after the next big one, and that is worth doing.”

“These older apartments are our most affordable buildings so it’s very important to protect them,” said Sahabi. “The residents, the businesses and the environmental community will all lose if these buildings are seriously damaged by a major earthquake.  We know how to fix these buildings.  The cost of retrofitting is much less than building new units.  Doing so is a good business and common sense.”

“What is so important about our Mayor’s leadership is that many years ago when he was on the City Council he recognized the importance of doing something about these buildings,” said Sahabi.  “Today, much progress has been made and many thousands of residents are safer.”

At the conclusion of Sahabi’s comments, Mayor Garcetti said: “Thank you Ali, you know this work so well, and you said beautifully why it hits so many things including affordable housing and our environment and as well as our personal safety.”

In 2015, Mayor Garcetti signed into law a historic mandatory building retrofit ordinance to ensure L.A.’s most vulnerable buildings are strengthened to prevent loss of life in the event of a major earthquake.

The ordinance also covers buildings made of non-ductile reinforced concrete.

Mayor Garcetti indicated that as of September 2021, 12,558 soft-story buildings and 1,222 non-ductile buildings have been identified as requiring a mandatory retrofit. Some 93% of these buildings have completed plans to retrofit and are on their way to meet requirements within the 7-year timeline for full compliance.

Since 2015, nearly 7,000 buildings in the City have been fully retrofitted to withstand the impact of earthquakes.

The City has also retrofitted telecommunications and water systems to ensure that Angelenos’ basic needs are met during a time of emergency.

To help families and neighborhoods get prepared, a Ready Your L.A. Neighborhood (RYLAN) program provides tools and resources for Angelenos to create a plan with those closest to them, encouraging neighbors to get to know each other and learn basic survival skills.  Los Angeles’ ShakeAlert, the first earthquake early warning app in the country, laid the foundation for MyShake, a statewide cell phone app from Earthquake Early Warning California.

The Great California ShakeOut provides an opportunity to practice safety during an earthquake – encouraging individuals to prepare emergency plans and supplies.

“Los Angeles will continue actively planning for “The Big One,” notes Carol P. Parks, General Manager of the City of Los Angeles Emergency Management Department.  “Angelenos are encouraged to review preparedness tips, and sign up to receive free emergency alerts on their phones by texting “ready” to 888-777.” 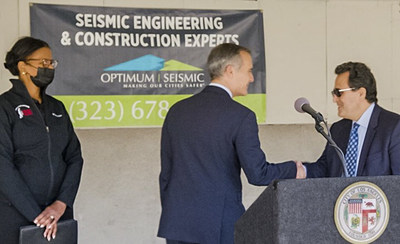 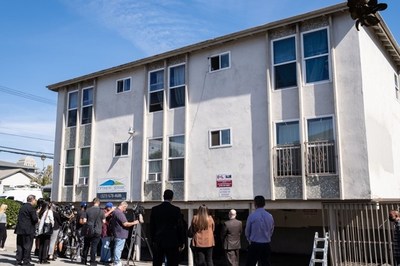 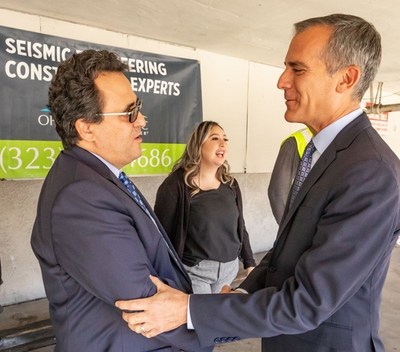