The resources being sought in this RFP align with I&M’s Powering the Next Tomorrow plan.  Powering the Next Tomorrow was described in I&M’s Integrated Resource Plan, which was submitted to state utility regulatory commissions in both Indiana and Michigan earlier in 2022. I&M expects some of the new renewable resources to be online by as early as the end of 2024 and the full 1,300 MW to be online as early as the end of 2025.

“This RFP is designed to provide qualified developers the opportunity to bring forward wind and solar projects that can be used to serve Indiana Michigan Power customers,” said Dave Lucas, I&M vice president for Regulatory and Finance. “These new resources will combine with I&M’s existing generation to provide an even more diversified and flexible generation portfolio that will stabilize energy costs over time, stimulate economic growth, reduce emissions and take advantage of new technologies.”

Indiana Michigan Power’s RFP is open and non-discriminatory, which provides bidders the opportunity to submit proposals that incorporate battery storage, emerging technologies and other resources to supplement the portfolio and provide for optimum performance and affordability.

I&M prefers projects that will provide economic benefit to the states of Indiana and/or Michigan and encourages the use of local resources where feasible. The RFP also calls for successful bidders to use reasonable efforts to utilize small and diverse suppliers as subcontractors for work.

The RFP calls for solar projects within Indiana and/or Michigan, while wind projects – which require availability of large amounts of land – can be in those states as well as Illinois or Ohio.

Bids are due April 21, and I&M plans to have contracts with the successful developers by the end of 2022. The selected resources will be submitted to state regulatory commissions in Indiana and Michigan for their review and approval.

I&M has engaged Charles River Associates to serve as an independent monitor for the RFP and incorporate input from groups representing customers and other stakeholders into the competitive procurement process.

ABOUT AMERICAN ELECTRIC POWER: American Electric Power, based in Columbus, Ohio, is powering a cleaner, brighter energy future for its customers and communities. AEP’s approximately 16,700 employees operate and maintain the nation’s largest electricity transmission system and more than 224,000 miles of distribution lines to safely deliver reliable and affordable power to 5.5 million regulated customers in 11 states. AEP also is one of the nation’s largest electricity producers with approximately 31,000 megawatts of diverse generating capacity, including more than 6,100 megawatts of renewable energy. The company’s plans include growing its renewable generation portfolio to approximately 50% of total capacity by 2030. AEP is on track to reach an 80% reduction in carbon dioxide emissions from 2000 levels by 2030 and has committed to achieving net zero by 2050. AEP is recognized consistently for its focus on sustainability, community engagement, and diversity, equity and inclusion. AEP’s family of companies includes utilities AEP Ohio, AEP Texas, Appalachian Power (in Virginia and West Virginia), AEP Appalachian Power (in Tennessee), Indiana Michigan Power, Kentucky Power, Public Service Company of Oklahoma, and Southwestern Electric Power Company (in Arkansas, Louisiana, east Texas and the Texas Panhandle). AEP also owns AEP Energy, which provides innovative competitive energy solutions nationwide. For more information, visit aep.com.

News releases and other information about I&M are available at IndianaMichiganPower.com 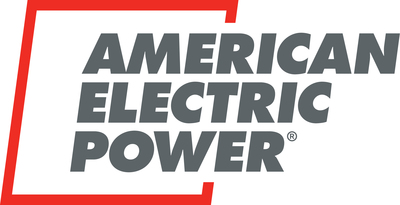