How China tamed a 1,000-plus-year-old sand land in seven decades 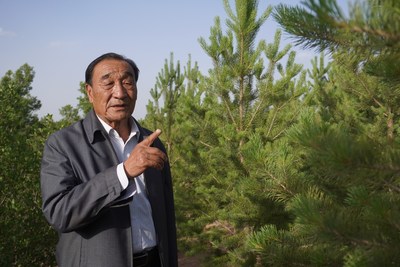 It needs two adults to fully wrap their arms around Shi Guangyin’s first tree, which stands on the southern edge of the Maowusu sand land, one of the four largest sand lands in China. Shi, an esteemed hero fighting desertification, planted the tree back in 1984. “I love it very much; it’s like my own child,” he told Beijing Review.

Shi was born into a farmer’s family in Dingbian, a county under the jurisdiction of Yulin, Shaanxi Province in northwest China. The county sits at the southern edge of Maowusu. In the 1950s, 39 percent of the county’s land area was covered by sand, and the overall greenness was only 0.5 percent. Sandstorms hit the area frequently. “We moved nine times in my father’s lifetime as the sandstorm had crashed our houses,” Shi said. What’s worse, Shi, when he was eight, lost a buddy in a sand storm. From then on, he was determined to fight “the demon sand.”

In the early 1950s, the Chinese Government moved to green the northern part of China, an area prone to erosion. As of 1984, Chinese residents had been encouraged to plant vegetation across contracted sand lands and barren hills.

“I believed it was high time to realize my dream,” Shi told Beijing Review. Shi contracted 233 hectares of sand land to plant trees and teamed up with six fellow villagers on his greening mission. He became the first farmer to contract deserted land in China’s fight against desertification.

The biggest challenge was a lack of funding. Shi sold all of his livestock. So did other stakeholders. In addition, they took out a loan. Finally, the nascent company managed to raise enough funds to purchase saplings. Fortunately, the weather was in their favor that year. “We had enough rain. And 85 percent of our saplings survived in the first year,” Shi said.

The success prompted the new greening team to be more ambitious. In 1985, they contracted 3,867 more hectares of sand land in Langwosha in the county.

Yet, Langwosha turned out to be a tough nut to crack. The surface temperature in Langwosha varied from 60 plus degrees Celsius in summer to minus 40 in winter. And winds were strong. Keeping saplings alive in such an inhospitable environment was a huge challenge.

Shi and his team lived in the sand land. “We ate highland barley flatbreads and drank groundwater from a 1-meter-wide hole we dug, using reed stalks as straws,” Shi said. However, they failed twice. Several stakeholders wanted to give up. Shi respected their choice, but still held on to his dream. “I will not give up till my very last breath,” he said.

After three decades of hard work, the once barren desert has been turned into a forest. Animals like birds, foxes and pheasants have made their first appearance in the new oasis. And what excites Shi the most is the fact that some of the ground in Langwosha is now covered in moss. “This means that the water has been better conserved and some moving sand has turned into soil,” Shi Jianyang, the grandson of Shi Guangyin, told Beijing Review.

Shi Guangyin is not alone in his greening efforts. Both individuals and state-owned farms have undertaken numerous bold efforts to green Maowusu in the past seven decades. In 2020, the forest coverage in Dingbian reached 29.2 percent. Maowusu has become the only sand land tamed by mankind in the world. “In the past, the moving sand chased us away. Now, we have pushed them back,” Shi Guangyin said.

In early June, Shi Guangyin was nominated for China’s July 1 Medal, an award given to outstanding members of the Communist Party of China at the centenary of the founding of the world’s largest Party.

Success does not, however, mean that the residents of Maowusu now can rest on their laurels. According to Shi Changchun, dean of the Shaanxi Research Institute for Sand Control, all forests in Maowusu are man-made, and their ecosystems are fragile and unstable.

The combination of limited tree variety and high density has led to serious pest infections and tree degeneration in the forest. Also, many trees, like poplars, planted some 50 years ago are dying out as they have reached the end of their biological cycles.

“Maowusu is still at risk of degrading back into sand land,” Shi Changchun told Beijing Review. He advises that a specific law should be rolled out to better protect the man-made forests, supported by new tailor-made guidelines and funds.

In fact, 110,000 hectares of mixed forests with Scots pines, which can stand tall for 150 to 200 years, as the main vegetation have been planted to replace dying poplars in Yulin since 2012. “We need continuous efforts, generation after generation, to protect the environment,” Shi Guangyin said. 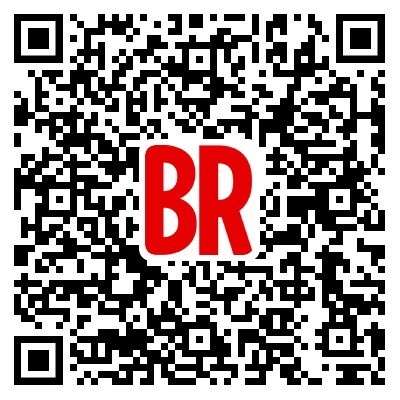