LOS ANGELES, April 2, 2022 /PRNewswire/ — Legendary actress-singer Doris Day may no longer be with us, but her legacy continues through the Doris Day Animal Foundation, a grant-giving charity that supports animal welfare programs all over the country. Her pioneering work in this field was as famous as her film and recording career, and closest to her heart. The Foundation currently needs support more than ever, as they partner in assisting families and animals who have endured horrific conditions or lost homes during the Ukrainian invasion crisis.

This April 3rd would have been the star’s 100th birthday, and her fans and followers are uniting to make a difference in the cause that was so dear to Doris. A Social Media Campaign will encourage animal lovers across the world to remember the actress and her work by donating to the Foundation. Participants can join the movement by uploading a picture or video which demonstrates how they are carrying on the legacy of Doris and her enduring passion for animal welfare.

Participants should post on all their favorite platforms with the hashtag #DorisDay100, challenge two or more others to do the same, and encourage people to donate to DDAF.org. Ideas include featuring their favorite pet or animal, a favorite Doris Day character, moment or song, or a combination of them all. DDAF will also be searching for the top creative or innovative entries to be highlighted on their own social media platforms and shared with media, providing a chance for anyone to become an animal-loving hero.

In honor of Day’s Centennial, the campaign will begin on Friday, April 1st, with a goal of raising at least $100,000. DDAF will match public donations with another $100,000 to specifically benefit animals affected by the Ukrainian crisis.

A video with support messages for DDAF from various Doris and animal-loving celebrities (such as Tony Bennett, Reba McEntire, Dick Van Dyke, Carol Burnett, Allison Janney, Robert Wagner and the late Betty White) can be found (and is downloadable) at https://youtu.be/cCPdqxeYNmg, including a new message from actress Kaley Cuoco, who will be portraying Doris in an upcoming Warner Brothers Studios television project.

About Doris Day and her Animal Foundation:

Born Doris Mary Anne Kappelhoff on April 3, 1922 in Cincinnati, Ohio, Doris Day was one of the biggest film stars of the 1950s and 1960s, known most for her starring roles in Calamity Jane (1953), Alfred Hitchcock’s The Man Who Knew Too Much (1956) and Pillow Talk (1959) for which she was nominated for an Academy Award® for Best Actress. A lifelong animal lover and pioneering animal welfare advocate, Day focused her later years on her heart’s passion—making this a better world for animals and the people who love them.

Doris Day Animal Foundation, www.dorisdayanimalfoundation.org, is a national, 501(c)(3) non-profit charity founded by legendary performer Doris Day in 1978, with a straightforward mission to help animals and the people who love them. As a grant-giving organization, DDAF funds other non-profit causes across the country that directly rescue, care for and protect animals. Some of DDAF’s ongoing project funding includes World Spay Day (founded by Doris Day and the Doris Day Animal League in 1995), Duffy Day Life Saving Program, Doris Day Equine Center, the Doris Day/Terry Melcher Scholarship at UC Davis and Iowa State School of Veterinary Medicine, spay/neuter, “Seniors for Seniors” programs and many more.

A donation link and more information about the Doris Day Animal Foundation can be found at www.ddaf.org 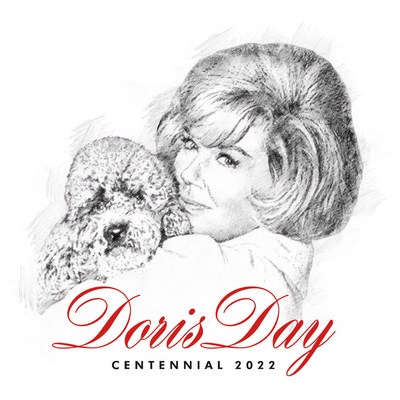