SHANGHAI, March 7, 2022 /PRNewswire/ — SchneiTex x CHINT officially opened their Cambodia joint venture factory on February 28th local time. The factory will accomplish the localization of CHINT products, from manufacturing to delivery. It will also further improve the layout of CHINT’s global supply chain while expanding production capacity, which will help drive the development of the local power industry. 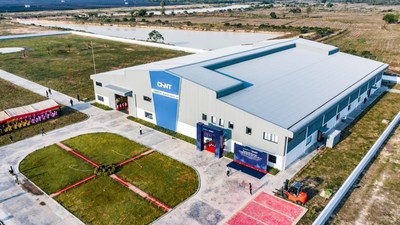 CHINT has consistently promoted a strategy of “international localization,” CHINT Group’s director, Nan Cunhui, has said that CHINT has always adhered to practicing in-depth green and open development, thus making a positive contribution to the community.

As a global base for CHINT’s smart manufacturing, the Cambodia factory relies on CHINT Group’s strong resource background and technological advantages, and is jointly committed to promoting the construction of modern local power systems, along with its joint venture partner, SchneiTec. Since its establishment, the Cambodia factory has focused on the current uneven local development of electricity, customizing small off-grid household photovoltaic systems for rural areas that lack electricity, providing electricity support and promoting the development of green power.

SchneiTec was founded in 2015 and has been engaging very fruitfully in many projects on power & energy development. It is now the first ranking in suppling renewable energy solution and as well a leading solar farm company who builds the first solar farm and the largest solar farm in Cambodia.