Carbon Trading in Malaysia: What Is It and How Renewable Energy Adoption will Benefit Companies

KUALA LUMPUR, Malaysia, Nov. 25, 2021 /PRNewswire/ — In recent weeks, the world watched as delegates from over 200 countries contested, reaffirmed, and agreed to climate mitigation pledges at the COP 26 UN Climate Change Conference in Glasgow, Scotland. The impassioned opening speech by Sir David Attenborough called upon world leaders to “rewrite our story”, a plea to act swiftly on keeping global warming below 1.5°C by adopting more sustainable practices and cleaner energy. Progressture Solar has shared their opinions on this topic. 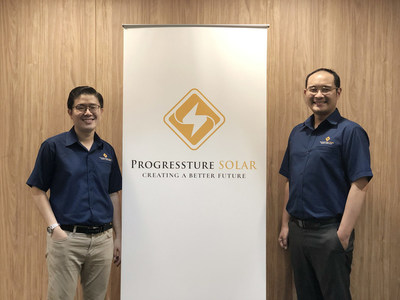 As world leaders closed the climate talks amidst developing countries’ calls for financial aid and last-minute amendments on the agreement for fossil fuel cuts, the discussion on global carbon trading saw a positive breakthrough as rules were finally set after 6 years of debate – signalling a more transparent and standardised platform for countries to trade carbon on.

Fortunately, Malaysia is also preparing to enter carbon markets with the booming demand for offsets. The government had made a declaration of a voluntary carbon market (VCM) and domestic emissions trading scheme (DETS), in an effort to achieve carbon neutrality by 2050 under the recent Malaysia’s Budget 2022 and the country’s revised Nationally Determined Contributions (NDC).

Carbon markets traditionally allow for the pricing of carbon and the selling of rights to produce emissions within a cap set by the governing body. The policy aims to limit overall emissions produced by the state government or private sector, via the purchasing and selling of carbon credits – certificates that give rights to emit a ton of emissions.

While the VCM and DETS act along similar fundamentals, the DETS operates at a national level while the VCM covers the international trade of carbon credits or offsets. The DETS, which will be launched at Bursa Malaysia, plays a pivotal role in setting emission limits in the private sector. Such markets are already practiced or undergoing development in countries such as China, The United States, Japan, Switzerland and New Zealand, the most well-known and largest market being the EU ETS, a common prototype for developing carbon markets following its reformation across the years. Studies have shown that it has saved more than 1 billion tons of CO2 emissions.

Co-founders of Progressture Solar, Cliff Siaw and Ng Yew Weng, started their solar business as they believe that adopting renewable energy is crucial in avoiding the climate emergency.

Cliff explains, “There is a lot of incentive to adopt solar energy and move away from non-renewables, especially after countries’ decision to phase-out fossil fuel subsidies in COP26. The Malaysian market currently encourages renewable energy adoptions, but enforcement is to be expected. Like most new technology, Solar PV may still be considered uncommon in Malaysia, but once climate mitigation policies are enforced, expect all buildings to have solar panel installations.”

The transition towards solar energy plays an important role in providing a wider, standardised market for tradeable renewable energy certificates (RECs) and most importantly, ensuring emissions stay below the set cap once carbon markets are implemented. RECs are already present within the Malaysian market, allowing for the sale of renewable energy production (per MWh) within the private sector.

“While the relationship between RECs and the DETS has not been confirmed, we believe that early adoption of renewable energy into business practices will be beneficial in gaining a competitive edge in the market,” says Ng. “Maximising tradeable allowances gives both financial and environmental benefits, including the positive assimilation into companies’ Environmental, Social and Governance (ESG) practices.”

With solar power gaining traction in Malaysia and with the incoming implementation of carbon markets and carbon tax, Progressture Solar’s efforts to promote solar PV installation not only fulfils a shared vision of reaching carbon neutrality, but also prepares businesses in the long run for opportunities found within renewable energy transition.