MINNEAPOLIS, Aug. 17, 2022 /PRNewswire/ — Sometimes, it is just good to be lucky. When Melissa Martin decided to take her Golden Retriever puppy Subaru with her on a trip to the “big city,” she had no idea it would save the dog’s life. Martin breeds Golden Retrievers at her home in Dobbinton, Ontario, Canada, which is a three-hour drive from Toronto. While delivering one of her new puppies to its forever home, Martin decided to take Subaru along for the ride. 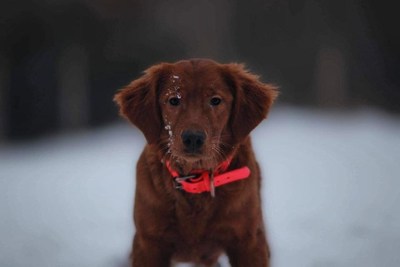 “It is important for people to understand when symptoms are critical and who to call,” said Melissa Martin.

“It was a disaster,” Martin said, who has been a dog groomer for 13 years and worked at a veterinary clinic. “I was dropping off a puppy in Toronto, and left Subaru in the front seat of the vehicle. Normally I keep her in the back in a crate with the other dogs, but I wanted the company. When I came back from delivering the puppy, I found that Subaru had dug out a 300-count bag of apricot kernels I keep in the console.” Martin eats two to seven kernels a day as a supplement.”

While many people enjoy eating apricot kernels, which are the seeds found inside the hard pit, they can be dangerous to pets. The seeds, leaves and stems of the apricot tree contain cyanide. According to the toxicology experts at Pet Poison Helpline, this toxin inhibits proper function of cytochrome oxidase, an enzyme necessary for cellular oxygen transport, preventing oxygen from being released from red blood cells and being delivered to cells. When ingested in toxic amounts, the clinical signs of vomiting, ataxia, difficulty breathing, panting, bright red gums, arrhythmias, blood pressure changes, seizures, shock and death can be seen.  There may also be a bitter almond smell to the breath.

“I vividly remember her and I making eye contact,” Martin continued. “I could tell she was looking suspicious. That is when I saw the bag, and I remembered that apricots have traces of cyanide. My first instinct was to drive to the drug store to get some hydrogen peroxide to cause her to bring up what she had eaten, but I quickly realized it was too late for that option. Because of my background working with pets, I know there are certain signs that need immediate medical attention. Subaru went from no signs to her eyes rolling into the back of her head and panting. I’ve never seen signs progress so quickly.”

“We live three hours away from Toronto, and an hour and a half away from our nearest veterinarian,” Martin said. “If this had happened at home, she wouldn’t have survived. The neurological signs were so fast that I knew she had minutes, not hours. My panic level went from zero to ten instantly, but luckily, we were only 15 minutes away from Toronto Veterinary Emergency Hospital, one of the best emergency facilities in the area. Because of Covid restrictions, it has been difficult to get your pet in to see the veterinarian, but I called ahead, described her symptoms and told them they needed to see her immediately. It was literally a matter of life and death.”

“On the way to the hospital Subaru began to vomit,” Martin continued. “I’m driving with one hand, trying to use GPS, and holding her head down with the other so she wouldn’t re-ingest any of the chewed kernels. When we got to the hospital, they were ready for us.”

“Subaru was lucky that her owner quickly recognized how dangerous her clinical signs were and took immediate action,” said Dr. Renee Schmid, a senior veterinary toxicologist at Pet Poison Helpline. “Due to the number of apricot kernels ingested and severe signs observed there was a true concern for cyanide poisoning.” Once at the hospital, the medical team began providing intravenous fluids, supportive care and performed a gastric lavage to help remove any remaining kernels. Because they were returned so quickly after ingestion it reduced further progression of Subaru’s clinical signs.  In cases of severe cyanide poisoning, death can occur within a matter of minutes. While antidotes are available, they are often not readily available for veterinarians due to the rare occurrence of cyanide poisoning in animals. Varying amounts of cyanide is present in the seeds of Prunus sp. fruit including peaches, apricots, cherries as well as apple seeds. Certain plants also contain cyanide toxins that may be a concern, particularly in grazing animals. In general, for cyanide poisoning to occur, an animal needs to chew open, crush and ingest many cyanide-containing seeds before signs of poisoning would be expected, as just a few seeds would unlikely contain enough cyanide for concern.  It is common for animals to ingest the pits/seeds whole, which is unlikely to result in poisoning, but may result in a gastrointestinal foreign body or obstruction concern.”

“Subaru has made a full recovery, and I’m so grateful to the hospital team, as well as Pet Poison Helpline,” Martin added. “It is important for people to understand when symptoms are critical and who to call.”

Pet Poison Helpline created Toxin Tails to educate the veterinary community and pet lovers on the many types of poisoning dangers facing pets, both in and out of the home. All the pets highlighted in Toxin Tails have been successfully treated for the poisoning and fully recovered.

Pet Poison Helpline, your trusted source for toxicology and pet health advice in times of potential emergency, is available 24 hours, seven days a week for pet owners and veterinary professionals who require assistance treating a potentially poisoned pet. We are an independent, nationally recognized animal poison control center triple licensed by the Boards of Veterinary Medicine, Medicine and Pharmacy providing unmatched professional leadership and expertise. Our veterinarians and board-certified toxicologists provide treatment advice for poisoning cases of all species, including dogs, cats, birds, small mammals, large animals and exotic species. As the most cost-effective option for animal poison control care, Pet Poison Helpline’s fee of $75 per incident includes follow-up consultations for the duration of the case. Based in Minneapolis, Pet Poison Helpline is available in North America by calling 800-213-6680. Additional information can be found online at www.petpoisonhelpline.com. 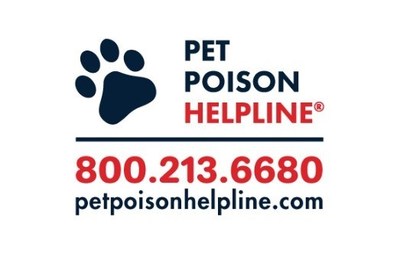 Global Citizen Announces Expansion of Global and European Board