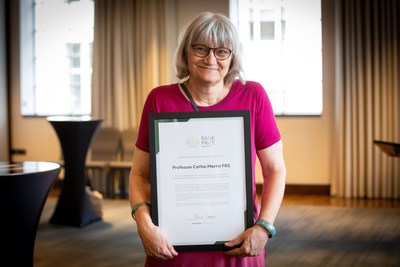 The 2022 Rank Prize for Nutrition was awarded to Professor Cathie Martin of the John Innes Centre for her outstanding research into plant genetics and metabolism, resulting in fruit and vegetables with enhanced nutritional qualities. Professor Martin’s work on gene-edited tomatoes recently hit headlines when it was announced that these tomatoes, which can boost the body’s vitamin D, could soon be sold in the UK.

Professor John C. Mathers, Chair of Rank Prize’s Nutrition Committee, explained that: “Professor Martin is a powerful advocate, and practitioner, of plant science for human health. As we tackle the twin challenges of increasing human health and protecting the health of the planet, her research is globally significant.”

On receiving the award, Professor Cathie Martin commented that “receiving the Rank Prize is wonderful recognition that we might have achieved something worthwhile.”

The winners of the 2022 Rank Prize for Optoelectronics are seven internationally leading scientists who have pioneered the development of a new solar-cell technology based on perovskite semiconductors which looks set to play a key role in the future of solar power:

Professor Donal Bradley, Chair of Rank Prize’s Optoelectronics Committee, noted that “the work of these researchers is an excellent example of fundamental contributions to physical science being rapidly and successfully translated into new technology that is poised to address truly urgent societal challenges linked to climate change.”

Professor Snaith responded that the “last ten years has been an unexpected and unbelievable journey of discovery, and the next decade promises to be equally exciting, as we accelerate the global transition to carbon-free energy production.”

About the Rank Prize

2022 marks the 50th anniversary of the Rank Prize. Established by Lord J. Arthur Rank, a British industrialist and philanthropist, the Prizes are awarded biennially in the fields of nutrition and optoelectronics. Previous winners include Arthur Ashkin and Shuji Nakamaru, who have gone on to win the Nobel Prize. Find out more at www.rankprize.org. 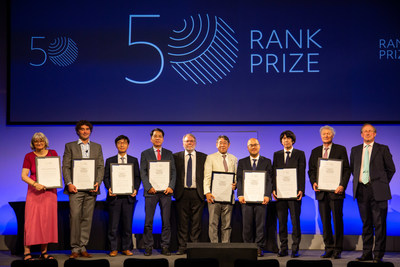