SACRAMENTO, Calif., Oct. 15, 2021 /PRNewswire/ — The California Air Resources Board today released an analysis of the California hydrogen fueling network for passenger cars and found that, with the right funding, the network could be self-sufficient by 2030. The report, “Hydrogen Station Network Self Sufficiency Analysis” finds that “hydrogen fueling network self-sufficiency can likely be achieved within the decade with additional State support beyond AB 8.” 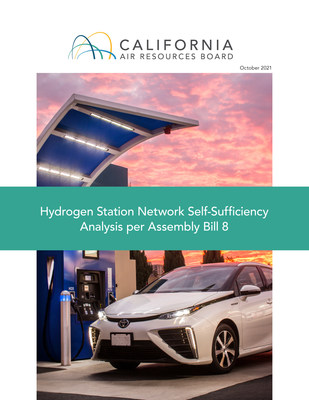 CARB’s analysis shows the hydrogen network for passenger cars can be self-sufficient by 2030 with additional co-funding.

“California is a leader in the rollout of zero-emission vehicles, including fuel cell electric cars,” said Bill Elrick, executive director of the California Fuel Cell Partnership. “The CARB self-sufficiency study confirms our early global leadership, and shows that we can have the world’s first self-sufficient hydrogen fueling network.”

Signed into law in 2013, Assembly Bill 8 funded at least 100 hydrogen stations serving passenger vehicles. Because of decreasing station costs, and changes to the Low Carbon Fuel Standard, more than 170 hydrogen stations have been funded.

Additional public funding of about $300 million will be needed to achieve a fully self-sufficient market, which is about 10% of California’s currently proposed ZEV infrastructure budget.

The report reflects five years of research, evaluation, and surveys and interviews with industry and stakeholders. Prior to publication, the public and a panel of experts provided additional review and input to CARB’s analysis.

“The path forward to scale up product and rollout of zero-emission vehicles and supporting infrastructure requires partnership between government and private stakeholders,” said Elrick.  “Challenges remain, but this analysis gives us good news that we are on the right path and, with the right investments and policies, we can achieve self-sufficiency sooner than anybody had originally anticipated.”

CaFCP recently hosted an online briefing about the status of the hydrogen fueling network and the draft report on October 8, National Hydrogen Day. A copy of the webinar recording and presentation slides are available.

About CaFCP
The California Fuel Cell Partnership is a unique collaboration of organizations, including car, bus, and truck manufacturers, infrastructure developers, energy providers, government agencies, fuel cell technology companies, and others that work together to promote the commercialization of hydrogen and fuel cell electric vehicles. Together, we help ensure that vehicles, stations, regulations, and people are in step with each other to ensure the technology reaches its full market potential. 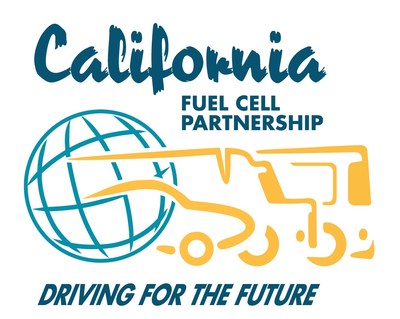