Bringing them back from the brink of extinction

NEW YORK, Oct. 12, 2021 /PRNewswire/ — As the largest of all land mammals on Earth, elephants have long captivated our attention. Besides their extraordinary appearance, their intelligence and social behavior has also made them an intriguing subject for observation. 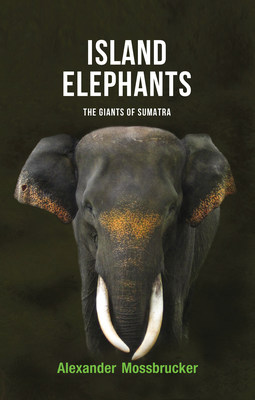 Since 2008, Alexander Mossbrucker, who holds a doctoral degree at Faculty of Forestry from the Universitas Gadjah Mada, has devoted his life to studying and protecting the Sumatran elephant, the most endangered of all elephant species.

In his new book “Island Elephants: The Giants of Sumatra,” Mossbrucker offers a rare insight into the Critically Endangered Sumatran elephant and the urgent steps being taken to secure its future in the wild.

Beginning with a unique excursion into the world of elephants before developing into a detailed compilation of the latest biological research and monitoring and best practice conservation methodologies, “Island Elephant” provides an in-depth, highly researched approach to protecting the Critically Endangered Sumatran elephant in its natural habitat.

The book is structured in such a way as to represent a good source of information for those concerned about the fate of this extraordinary animal, with a particular focus on future Indonesian conservationists.

“I hope that this book will enable as many people as possible in Indonesia to get to know elephants a little better, to motivate them to stand up for their elephants – which indeed represent a great natural Indonesian heritage worth fighting for,” Mossbrucker said.

It is estimated that less than 1,500 Sumatran elephants remain in the wild, and despite having the highest protection status in Indonesia, their future remains uncertain. Sumatran elephants continue to be threatened by ongoing habitat loss, poaching, and conflicts with agriculture and industry.

“Habitat loss continues to be the number one threat to the survival of the Sumatran elephant,” Mossbrucker said. “Unfortunately, the majority of elephants currently live outside national parks and protected areas, as these contain largely rugged and steep terrain and are therefore less suitable for elephants. As lowland elephant habitat continues to be converted for agriculture, this escalates the potential for inbreeding, illegal hunting and poaching and human-elephant conflict, with local extinction then only a matter of time.”

Through his book, Mossbrucker aims to raise awareness of the significance of the Sumatran elephant and the conservation efforts to bring them back from the brink of extinction.

As field manager for the International Elephant Project, Mossbrucker works alongside a team of dedicated local conservationists who engage in various activities to help mitigate threats to elephant populations. These include ranger patrols, wildlife monitoring, human-wildlife conflict mitigation and community education.

“It is our goal to establish viable elephant populations that can thrive in safe habitats of suitable size and quality, with the lowest possible level of human-elephant conflict,” he said. “Because humans have interfered with both their habitat and population structure so radically and comprehensively, and still do, the Sumatran elephant can no longer survive without intense conservation measures. Without the help of us humans, they do not have the slightest chance of survival. Their fate really lies in our hands!”

“Island Elephants: The Giants of Sumatra” is available from the International Elephant Project website at www.internationalelephantproject.org/islandelephants

About the Sumatran Elephant

The Sumatran elephant is the only Asian elephant species to be listed as Critically Endangered on the IUCN’s Red List of Threatened Species. It is also listed in CITES (the Convention on International Trade in Endangered Species of Wild Fauna and Flora), banning it from international commercial trade.

Despite the species being strictly protected under Indonesian law, the numbers of Sumatran elephants remaining in the wild continues to plummet due to ongoing habitat loss, poaching and human-elephant conflict. Although precise estimates are still not available for many areas, it is estimated that there are less than 1,500 wild elephants, with the population having been halved in the last decade.

Dr. Alexander Markus Mossbrucker is a German-born nature enthusiast with a strong interest in wildlife conservation and biology. Mossbrucker joined the International Elephant Project (IEP) in 2012 as a voluntary advisor, and in January 2021 he became IEP’s full-time Field Manager. He is a trained field biologist who has studied at several universities in Germany, Panama and Indonesia. Over the past years, much of his professional career has focused on ranger patrol management, wildlife monitoring, and human-wildlife conflict management. Mossbrucker is the founder and president of the Sumatran Elephant Conservation Initiative (SECI), and he has authored several scientific publications, including a field guide to Sumatran mammals.

The International Elephant Project (IEP) is a not-for-profit project for elephant conservation, rainforest protection and local community partnerships to protect and save entire ecosystems and biodiversity of habitats shared by elephants. Run by the Wildlife Conservation International (WCI) Board, IEP was formed to conserve elephants’ entire ecosystems in a holistic manner. The objectives of the IEP have many flow-on effects that protect other Critically Endangered species such as the orangutan, Sumatran tiger, and Sumatran rhino, as well as indigenous communities and the remaining rainforest in Borneo and Sumatra. Find out more at – http://internationalelephantproject.org